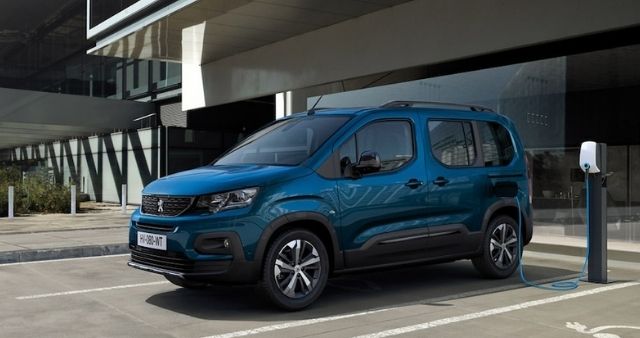 Almost no time has passed since even an all-encompassing ‘best electric cars’ article was a relatively brief overview of just a handful of vehicles. Not so anymore, as the EV (electric vehicle) market is booming, both in terms of variety and sales.

So much so, in fact, that it’s already time to take a granular approach when deciphering which EVs are worth your attention. In this instance, we’re looking at electric cars with seating for seven. Some of these are minivans, others are SUVs, and there’s even a saloon with a pair of rear-facing kids’ seats in the mix.

Tesla is well-represented here because seven-seat EVs are available from Mercedes, Nissan, and even Vauxhall, with the retro-tastic, Microbus-inspired VW ID Buzz due soon. The seven-seat EV you ultimately choose will mostly depend on your budget.

As with any electric car, consider how easily you can charge at home and if the car’s range suits your daily-driving needs before buying. Also, unless your rationale for going electric is purely ethical, consider whether lower running costs versus petrol or diesel car (cheaper ‘fuel’, maintenance, VED, and company-car tax) will offset the higher purchase price of an EV.

We round up the current seven-seat SUV contenders below. And because this is a fast-moving market, we’ve also added a section for cars coming soon. Right, back to dreaming up that electric hypercar group test… 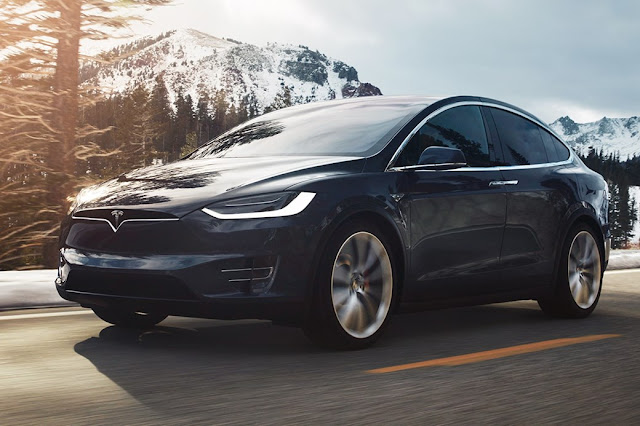 The ultimate seven-seat EV – for now

The Model X is a car of contrasts. Its bar-of-soap styling is rather bland… until you open the Falcon Wing rear doors, which elevate electrically like a concept car. It feels huge and heavy… until you put your foot down and accelerate quicker than a hypercar. And it’s starting to feel old… yet after six years on sale, there’s still nothing quite like it. One thing the Model X certainly isn’t, thankfully, is a van with windows. In a class where practicality trumps panache, that counts for a lot.

You can opt for five, six, or seven seats, plus two powertrains: Long Range (0-60mph in 3.8sec, 360-mile range) and Plaid (2.5sec, 340 miles). As of late 2021, Tesla’s updated Model X (and Model S) are yet to reach UK shores, with their yoke steering wheels, new interior, and Plaid performance upgrade. When the latter finally lands here, expect a 0-60mph time of just 2.5sec. Really.

Gaining access to Tesla’s Supercharger network is a real boon, with a maximum 120kW charging speed providing a complete fill-up in less than one hour. As for driving, that’s an aim-and-fire experience – this isn’t a car you hustle down a B-road – and its ride errs on the firm side of comfortable. The Model X is unique if you want a seven-seat EV and a nearly six-figure budget. 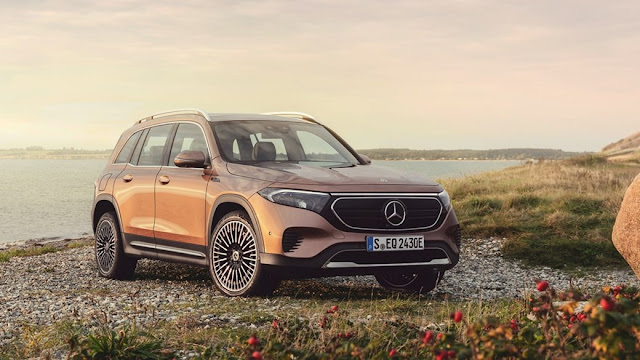 Meet the battery-powered version of the Mercedes GLB. The EQB looks less like a shrunken G-Wagen than its square-jawed combustion cousin – indeed, it borders on bland. Still, with optional 20-inch alloys and rose-gold trim for the dashboard and air vents, this SUV is more suited to Rodeo Drive than the Rubicon Trail.

Unlike the rival Audi Q4 e-Tron and BMW iX3, the EQB offers seven seats as standard. The third row is suitable for anyone under 5 feet 4 inches tall, says Stuttgart, so full-size adults might struggle to fold themselves into place. A range-topping EQB 350 4Matic was the first member of the family to arrive, with 288bhp and a 260-mile range. DC charging up to 100kW is also available, meaning a top-up to 80% capacity in around 30 minutes. If you’re looking for a German answer to the Tesla Model Y (which doesn’t have a seven-seat option in the UK), the EQB will be for you. 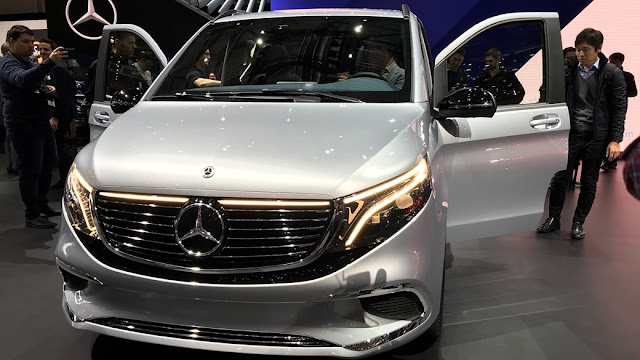 A box of delights (for your passengers)

The Mercedes V-Class is an upwardly-mobile MPV beloved by luxury hotels and spa resorts. The new EQV combines the same plush cabin with a 201bhp electric motor and 90kWh battery. Not forgetting zero Benefit-in-Kind tax, of course. Floor it like the 18-year-old parking valet, and you’ll hit 62mph in 12.1 seconds. Or potter like a middle-class mum to eke out 213 miles of range. Either way, charging to 80% takes 45 minutes at 110kW, rising to 11 hours for a full top-up with a 7.4kW home wall box.

This Mercedes will never spawn an AMG version, but you can liven things up by pulling a paddle to boost brake regeneration – effectively turning the EQV into a one-pedal driver. Anyway, stop being selfish: this car is about your passengers. Touch open the electric sliding doors, and they’ll discover seven individual seats, plus space to shame an S-Class. A refined ride and quiet powertrain also help melt the miles, while the top-spec Sport Premium Plus adds air suspension and a Burmester sound system.

The world of MPVs is more incestuous than ancient Rome – and probably less attractive. On the plus side, the shared parentage that brings us the Peugeot e-Rifter, Citroën e-Berlingo, and Vauxhall Combo-e Life does mean more choice, particularly when it comes to squeezing a discount from your chosen Stellantis dealer. We’ve picked the Peugeot because prices for the Citroën and Vauxhall hadn’t been announced at the time of writing. But rest assured, all three will cost around £27k after the government’s £2500 Plug-in Car Grant is deducted.

You get five or seven seats for that modest outlay, plus enough potential luggage space to swallow a crossover. Power comes from a 134bhp electric motor and 50kWh battery: suitable for 0-62mph in 11.2 seconds and a 171-mile range. DC charging 80% takes 30 minutes at the roadside or 7.5 hours to complete with a home wall box. The driving experience is van-like (odd), so distract yourself with the standard Apple CarPlay and Android Auto connectivity. There’s also a long-wheelbase version if you need even more space. 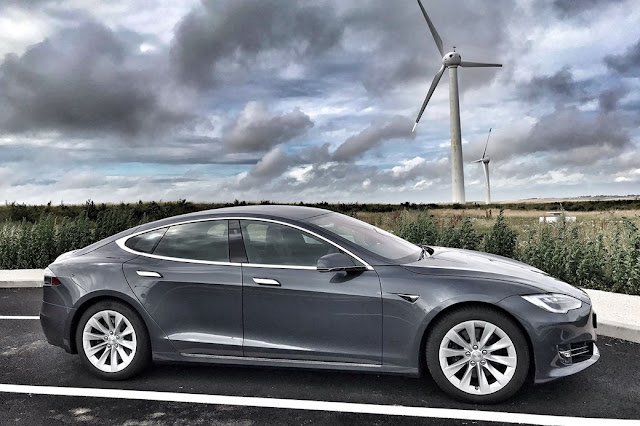 Big on pace, smaller on space

Okay, we’re stretching the definition of seven-seater here. Still, the Tesla Model S is available with a pair of rear-facing jump seats, suitable for small children or people you don’t especially like. It’s also an electric car, perhaps the definitive EV of modern times. The Porsche Taycan has it licked for dynamic prowess, but nothing tops the Tesla for straight-line speed. Go for 615bhp Performance Ludicrous spec, and you’ll demolish 0-60mph in 2.4 seconds. After that, your passengers probably won’t like you either.

Generic styling, a minimalist cabin, and regular over-the-air software updates have kept the Tesla feeling modern, despite being launched in 2014. And while buyers now pay to use the Supercharger network (Model S early adopters got unlimited free charging), its speed and convenience remain unrivalled. A 396-mile electric range – even more for forthcoming Plaid models – is industry-leading. As our review says: ‘This is still the only EV capable of trans-continental travel without serious prior planning.’ 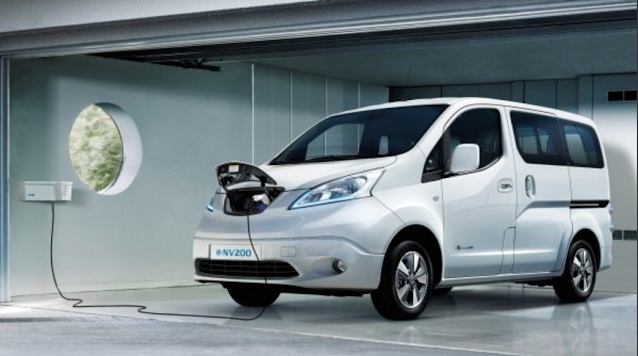 It won’t surprise you that thee-NV200 Combi doesn’t have a Ludicrous mode. Indeed, with a top speed of 76mph, it barely exceeds the legal limit. To drive, it’s as vague as a politician’s press conference and as exciting as a politician’s press conference. In Nissan’s defence, it is affordable – mainly once discounts are considered. It’s also based on the proven underpinnings of the Leaf, so reliability should be faultless. And ride comfort is good, which should keep your customers happy.

Customers? Of all the seven-seat EVs here, this one feels almost like a taxi. And on the subject of seven seats, the Nissan’s rearmost two chairs are flip-down, sideways-facing items mounted in the boot. File under ‘occasional use only’. In truth, thee-NV200, with its modest 40kWh battery and 124-mile range, is outclassed by the new wave of electric MPVs. It mainly makes sense as a secondhand purchase, with prices for low-mileage examples from less than £20,000. 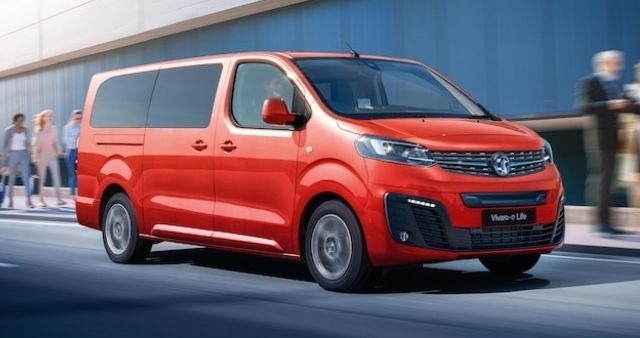 Spartan or sumptuous, depending on the spec

Contain your excitement. It’s the Vauxhall Vivaro-e Life – also known as the Citroën e-SpaceTourer and Peugeot e-Traveller. The Vivaro gets our vote because it comes in two different trim levels. The £32,495 Combi has 16-inch steel wheels, cloth seats, air-conditioning, and a four-speaker DAB radio. Stretch to the £49,465 Elite, and get 17-inch alloys, leather, sat-nav, triple-zone climate control, parking sensors, rain-sensing wipers, a panoramic sunroof, and much more. We rather like the back-to-basics option.

Laughing in the face of most seven-seaters, the ultra-Vaux accommodates up to nine people. Access is easy thanks to electric sliding doors on both sides, while the boot is roomy even with all the seats in place. You can specify up to six Isofix mounting points for child car seats: enough to start your own five-a-side team (including a sub). The same 134bhp electric motor and 50kWh battery in the smaller Combo-e Life propels the shed-sized Vivaro to 62mph in 13.1sec. The fully-charged range is 143 miles. Excited yet? Thought not. 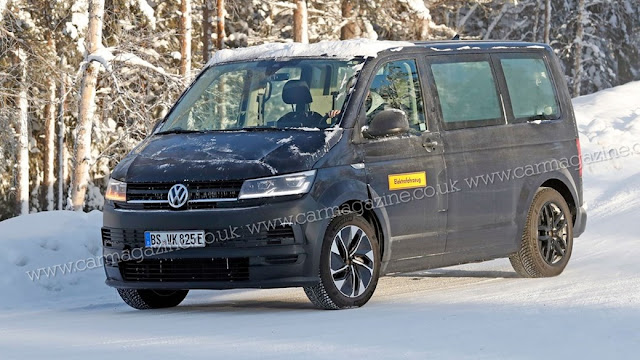 The new, seven-seat Volkswagen ID.6 will be sold in China only, but the forthcoming ID Buzz – due in 2022 and potentially badged ID.7 – is way more interesting. Yes, it’s an electric version of the much-loved Microbus, with retro styling, up to eight seats, and a range beyond 300 miles. Earlier this year, we spotted a test mule disguised as a VW Transporter, which had a tablet-style dashboard similar to its ID siblings.

For decades, Volkswagen has toyed with the idea of a reborn Microbus, but the ID Buzz concept (seen here) dates from 2017. Its two electric motors drive axles, serving up 368bhp and 0-62mph in around five seconds. Those figures will likely be toned down for the production car, as will the level of autonomous tech. The concept’s steering wheel can retract into the dashboard, allowing the driver to rotate their seat 180º as the ID Buzz drives itself. Just don’t, whatever you do, call it ‘Volkswagen’.

Read all our electric car reviews

How long does it take to charge an electric car?