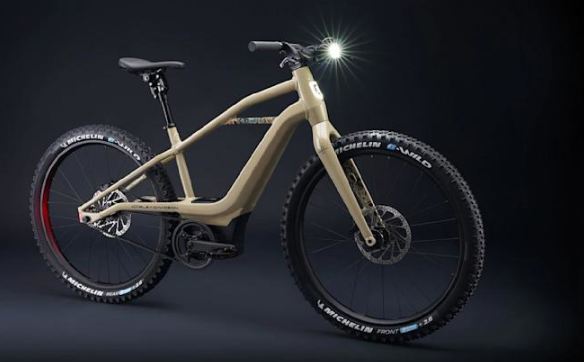 According to notebookcheck news, Harley-Davidson’s Serial 1 has released a new BASH / MTN mountain e-bike with an unusual design, only one gear, and neither front suspension nor rear suspension, the company claims its simplicity makes it easier to maintain.

The e-bike is reportedly less comfortable than its predecessor, with the SR Suntour NCX suspension seat post being the only form of shock absorption. Additionally, this model comes with 27.5-inch Michelin E-wild tires.

The new BASH/MTN features a Gates Carbon Drive drivetrain and a Brose S Mag motor that delivers up to 90 Nm of torque, speeds up to 32 km/s, and has four riding modes: Eco, Tour, Sport, and Boost. A built-in 529 Wh lithium-ion battery provides up to 153 kilometers of range.

The bike has an integrated USB-C plug that allows you to charge your smartphone while riding. Users can view ride information in the Serial 1 app.