The Tesla wall charger Gen 3 has been available for a while. It’s Tesla’s newest home charging station, one of the most effective, safest, and fastest home chargers for Tesla vehicles.

The wall charger Gen3 has replaced the Gen 2 high-powered wall charger. Let’s go over the changes Tesla made from Gen 2.

The wall charger Gen 3 has got sleek white tempered glass faceplate and a charming look. But it’s hard to see the Tesla name on that.

This new white tempered glass faceplate looks excellent, but it probably won’t be as durable as a plastic one. If you hit something or drop it somehow by accident, you might crack this and need a replacement.

The previous generation, the Gen 2, was called the high power wall connector, delivering up to 80 amps to the vehicle. The new generation, the wall charger Gen 3, can only deliver a maximum of 48 amps.

The 80 amps are not required for the newer Tesla models because Tesla no longer sells vehicles that can accept more than 48 amps.

Previously, customers had the option of ordering the car with dual onboard chargers on Tesla Model S and Tesla Model X vehicles, and it could accept up to 80 amps.

It made sense that Tesla sold a wall connector that could deliver that much power, but Tesla discontinued that option, and now none of their vehicles can accept more than 48 amps.

Previously, they offered high powered wall connector with either an 8.5-foot or a 24-foot cable. For the new Gen 3 one, you have the option of 14 feet and 24 feet.

The cable should reach almost any corner of your garage. Therefore, 18 feet is not long enough, and the 24-foot length would be better.

The Gen 3 wall charger only comes in a hardwired unit. Tesla previously offered a wall charger in a plugin unit.

If you really wanted it to the plugin, you could install a NEMA 14-60 plug on this and use a NEMA 14-60 outlet to make it a plugin unit.

If you want this to deliver 48 amps, you can charge your Tesla at the futotal8 amps it can accept. You will need to put this on a dedicated 60-amp circuit.

If you don’t have a 60-amp circuit, and you only have a 40-amp course or even a lower 32-amp, 24-amp circuit available on your service panel, you can de-rate this charger, and it won’t exceed the maximum power supply that the course can handle.

The wall charger Gen 3 is Wi-Fi connected. While Wi-Fi is connected, Tesla hasn’t released any features yet.

It will probably be an intelligent charger, which can load up to 16 units.

If you want to have a bunch of chargers set up, and you don’t want to run a circuit for each one, which gets very expensive, having the ability to load share across multiple units is an excellent feature to have, and it saves money.

Load sharing is also an excellent feature if you have two chargers in the garage and want to run one circuit.

The two wall connectors will intelligently communicate and distribute the power.

When one car is fully charged, the other will immediately start to set. By the morning, you’ll have two nicely set vehicles.

They’re also promising that we’ll be able to have remote monitoring. There’ll be firmware updates over the air, and the wall charger will also be able to communicate with other Tesla products.

Tesla hasn’t allowed us to use these intelligent charging features yet. They will probably be released shortly.

In the case of the Tesla wall charger generation 3rd, it can deliver 11.5 kilowatts.

It can adjust its power. You can have it deliver 48 amps down to a much lower rating if you’re on a circuit that can’t support that extra power. 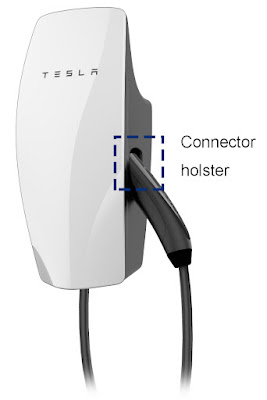 The maximum length on your cable for the Tesla wall charger is 24 feet. Under the cold weather, the rope did not perform very well. Outdoor installations in icy weather areas are not recommended.

It can automatically restart. Suppose you have a power outage in the middle of a charging session once power is restored. In that case, the charger will immediately start to re-engage the vehicle and continue the charging session.

The intelligent charging features haven’t been released yet.

The Tesla wall charger has a perfect four-year warranty. That’s better than the industry standard. Most of the chargers have a three-year contract.

Charging Using Tesla to J1772 and J1772 to Tesla Adapters

The Tesla wall charger comes with the Tesla connector.

Tesla uses a proprietary connector, and no other electric vehicle manufacturers use this connector in North America.

Other electric vehicles use the J1772 connector.

If you have a Tesla wall charger and want to charge your electric vehicle made by another brand, or if you have a charging station with the J1772 connector and want to set your Tesla, you will need adapters to get the charging job done.

Every Tesla comes with an adapter (J1772 to Tesla adapter). This allows you to charge your Tesla on a charging station made by third-party brands and public charging stations, which generally use the J1772 if they’re not Tesla destination chargers.

You basically stick the supplied adapter that comes with every Tesla into the third-party EV charging stations, and then you plug the adapter into your Tesla. Then it starts to charge. 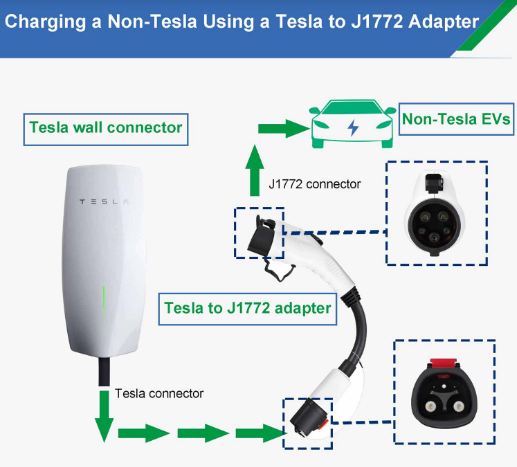 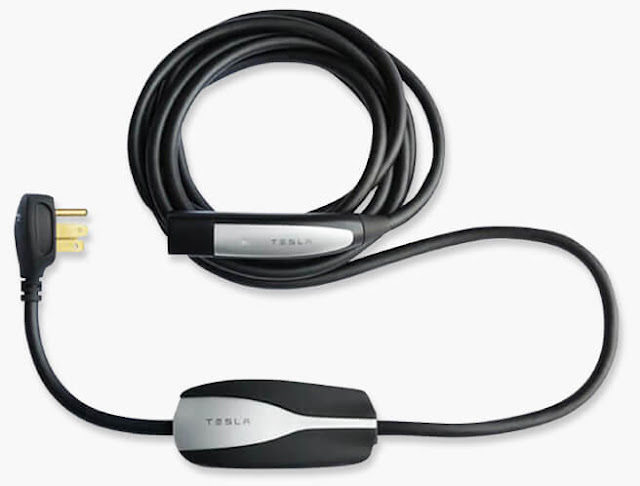 If you get a Standard Range Plus Model 3 and use a wall charger to charge your car, it won’t get any faster than the mobile charger.

Tesla designs this so that you can use different adapters for different plugs.

Tesla used to include a NEMA 14-50 240-volt adapter with their mobile charging connector, but now ey only give you the 120-volt adapter. The 120-volt plug could be used at a regular household outlet (110V in the US), but the charger charges slowly, maybe four miles of range per hour.

If you only drive 10, 20 miles, maybe 30 miles a day, this might be enough, but it still might be inconvenient.

You can then charge from a 240-volt outlet. Tell your electrician to ground up if you are getting a NEMA 14-50 outlet installed and plan to use it with your mobile charger. 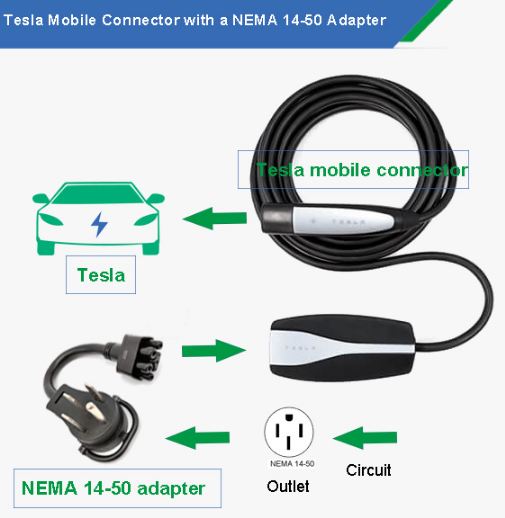 The mobile charger will deliver 32 amps and must be on a 40-amp circuit. That’s good enough for about 30 miles of range per hour for a Tesla model 3.

But if you have the Long Range Model 3 or Model Y, it will charge the car quicker using the wall connector.

For most people, the cars sit in your garage for eight or ten hours a night, and you don’t fully deplete your battery every day, so you don’t need to recharge 300 miles of range every day, and a higher-powered unit isn’t needed.

If you’re getting a new Tesla and you’re not sure if you need a wall connector or not, don’t invest the money in a Tesla wall connector or any charging station for your house; just install the outlet and get the NEMA 14-50 adapter; use your mobile connector for a while and see how it works out.

If you find it inconvenient later on, you can upgrade and do something. You don’t have to rush out all at once.

When you’re getting your car, it works just fine, and you’ll probably find that you don’t need to even spend any more money, because what they provide you with works.

It’s a great option to get a Tesla wall charger if you own a Tesla. It’s a good buy at $550 from Tesla’s official website, considering it’s a high-powered 48-amp charger.

The supplied Tesla mobile connector is also a perfect option, which delivers 32 amps. It’ll charge the car almost as quickly as the Tesla wall connector, and it’s free. You just have to buy a NEMA 14-50 adapter and install the outlet to plug it into.

If you drive a tremendous amount on your daily driving regimen, the mobile connector will be more than enough to have your car fully charged by the next day.

But a Tesla wall connector is perfect for those who want a permanently mounted solution.

If you own a non-Tesla electric car, you may want a third-party charging station, such as the JuiceBox charger, the Pulsar Plus EV charger made by Wallbox, the ChargePoint Home Flex, or the Grizzl-E charger.