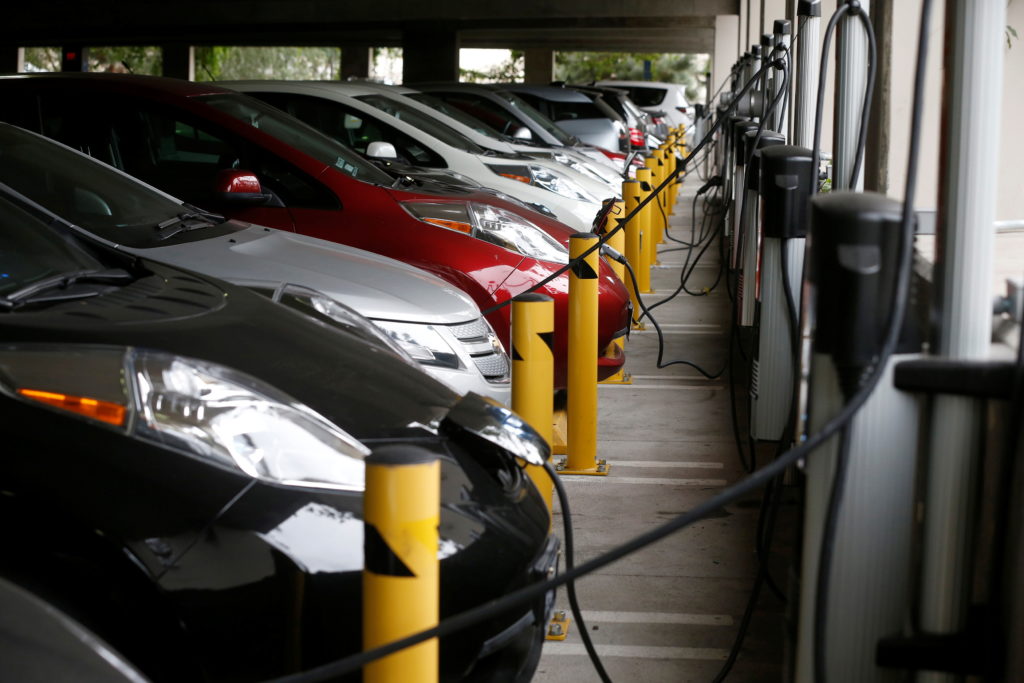 MINNEAPOLIS (AP) — Seventeen states with vehicle emission standards tied to rules established in California face weighty decisions on whether to follow that state’s strictest-in-the nation new rules that require all new cars, pickups and SUVs to be electric or hydrogen powered by 2035.

READ MORE: California moves toward phasing out sale of gas-powered vehicles by 2035

Under the Clean Air Act, states must abide by the federal government’s standard vehicle emissions standards unless they at least partially opt to follow California’s stricter requirements.

Among them, Washington, Massachusetts, New York, Oregon and Vermont are expected to adopt California’s ban on new gasoline-fueled vehicles. Colorado and Pennsylvania are among the states that probably won’t. The legal ground is a bit murkier in Minnesota, where the state’s “Clean Cars” rule has been a political minefield and the subject of a legal fight. Meanwhile, Republicans are rebelling in Virginia.

The Minnesota Auto Dealers Association says its reading of state and federal law is that the new California rules kick in automatically in the state, and it’s making that case in court as it tries to block them.

“The technology is such that the vehicles just don’t perform that well in cold weather,” said Scott Lambert, the trade group’s president. “We don’t all live in southern California.”

Minnesota Pollution Control Agency officials say the state would have to launch an entirely new rulemaking process to adopt California’s changes. And in court filings and legislative hearings, they’ve said they are not planning to do that now.

“We are not California. Minnesota has its own plan,” Gov. Tim Walz said in a statement. He called Minnesota’s program “a smart way to increase, rather than decrease, options for consumers. Our priority is to lower costs and increase choices so Minnesotans can drive whatever vehicle suits them.”

“While the governor shares the goal of rapidly moving towards electric vehicles, he is skeptical about requiring 100% of cars sold to be electric by a certain date as technology is rapidly changing,” the Colorado Energy Office said in a statement.

Virginia had been on a path to adopting California’s rules under legislation that passed last year when Democrats were in full control of Virginia’s government. But Republicans who control the House of Delegates and GOP Gov. Glenn Youngkin say they’ll push to unlink their state.

READ MORE: This new incentive helps pay for your next electric vehicle. Here’s the catch

Minnesota’s auto dealers are trying to make their state’s current rules — and the possibility that they could tighten to incorporate California’s new restrictions — an issue for the fall elections. Control of the Legislature and governor’s office are up for grabs, and the dealers hope to persuade the 2023 Legislature to roll back the regulations unless they win in court first, Lambert said.

The MPCA, with Walz’s support, adopted California’s existing standards through administrative rulemaking last year amid a bitter fight with Republican lawmakers who were upset that the Legislature was cut out of the decision. Legislators even tried unsuccessfully to withhold funding from Minnesota’s environmental agencies. One casualty was Laura Bishop, who resigned as MPCA commissioner after it became apparent that she lacked the votes in the GOP-controlled Senate to win confirmation.

Walz and his administration have framed Minnesota’s Clean Cars rule as a fairly painless way to increase the availability of electric vehicles and help the state meet its greenhouse gas reduction goals. The rule seeks to increase the offerings of battery-powered and hybrid vehicles starting with the 2025 model year by requiring manufacturers to comply with California standards currently in force for low- and zero-emission vehicles.

Lambert said the state’s auto dealers don’t oppose electric vehicles. They currently make up 2.3% of new vehicle sales in Minnesota and he expects consumer interest to continue to grow. But the reduced range of battery-powered vehicles in cold weather makes them less attractive in northern tier states, he said. Minnesota’s rules already threaten to saddle dealers with more electric vehicles than their customers will buy, he said, and adopting the California ban would make things worse.

Under federal law, by Lambert’s reading, states have to either adopt California’s rules in full or follow less stringent federal emission standards. He said they can’t pick and choose from parts of each. And that effectively means there’s a “ban on the books” in Minnesota for sales of new conventionally fueled vehicles starting with the 2035 model year, he said.

Lambert’s association was already fighting Minnesota’s existing Clean Car rules in the Minnesota Court of Appeals, and its petition foresaw that California would make the changes it announced late last month. A key issue in whether “any future amendments to the incorporated California regulations automatically become part of Minnesota rules,” as the dealers argue.

The MPCA’s attorneys assert that they don’t, and have asked the court to dismiss the challenge. MPCA Commissioner Katrina Kessler has made similar arguments for months, including before a skeptical state Senate committee last March.

Aaron Klemz, chief strategy officer for the Minnesota Center for Environmental Advocacy, which will be filing its own arguments against the dealers in court, acknowledged that the legal landscape is confusing. And he said it’s not clear whether his group will eventually call for Minnesota to follow California’s new ban.

“We haven’t done enough analysis of the California rule to know if we’re going to push for its adoption in Minnesota,” Klemz said. He noted that other issues are coming into play, including incentives for electric vehicles in the Inflation Reduction Act that President Joe Biden recently signed, and the stated intentions by some of the major automakers to go all-electric.